Island with British Colonial Town and Chinese Temples in Malaysia 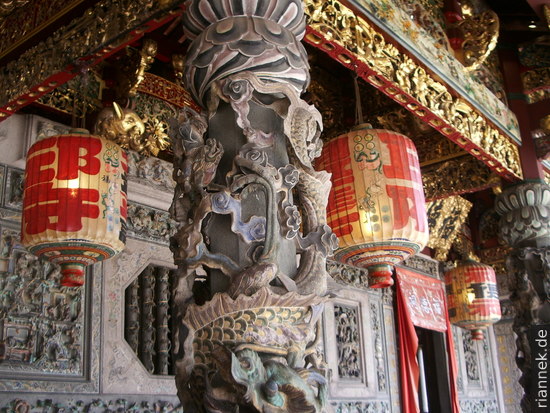 This time a British colonial city. It’s interesting to walk the streets of Chinatown…. But somehow I am repeating myself.

Something different was watching make-up in the backstage of a Chinese folklore opera (just the 4 of us as the only tourists). Glittering costumes, long bobbing pheasant feathers, the musicians making the purest cacophony on exotic instruments. In between, the gods are invoked in the temple next door. The whole thing goes on for hours and there are more actors on and behind the stage than spectators in front of it. It seems to be more an end in itself.