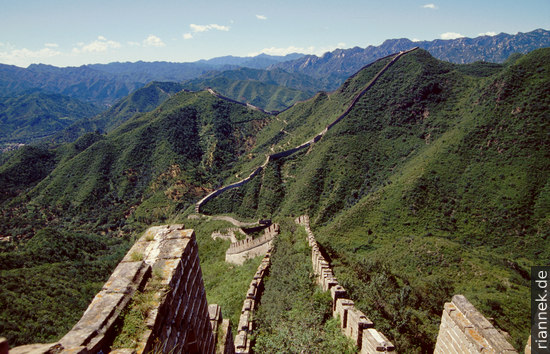 I thought surely the best way to experience the grandeur of the Great Wall of China would be to hike along it. And I had already heard adventurous stories, so I set off for a lonely section near Huanghua. At first, the wall is in good condition, climbing steeply up a mountain. Later, however, it is very decayed or just rubble, until now and then it disappears completely and can only be seen on the next mountain. I fight my way through dense forest, sometimes lose the totally overgrown path and find it again, get scratches everywhere from the thorns, the seams of my shoes burst open and my shirt is torn. 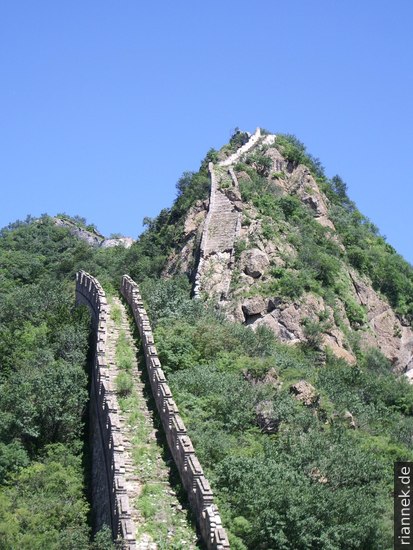 Eventually I spend the night in a half-ruined watchtower. The next morning I descend into a steep, deep gorge and have neither water (it was damn hot) left nor motivation, so I follow the road until I find a bus to my original destination: Mutianyu. A bit touristy, with cable cars and a summer toboggan run, the wall here is nicely renovated. On one side, ignoring the prohibition signs, I walk up to the highest hill and spend the second night there in a tower with a fantastic view. After sunrise, I spontaneously walk another 6 hours in the same direction: the wall is mostly quite well preserved here and a path leads through the bushes growing on it. At first I walk over some high limestone rocks and sometimes I have to climb. At a completely secluded spot, a drinks vendor surprises me. There seem to be more people passing here. Then endlessly up and down… 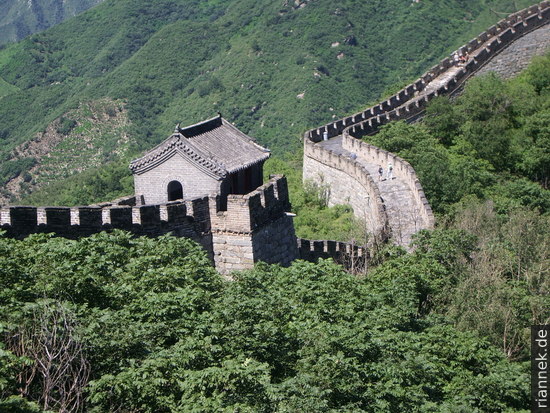 The wall was built as early as the 3rd century BC, but was extended in the 14th to 16th centuries. Of course, the wall, which was supposed to ward off the barbarians from the north, was not very effective: after all, the nomads from the north had conquered the whole of China twice and founded dynasties. In Marco Polo’s time, the Mongols even ruled over almost all of Asia. 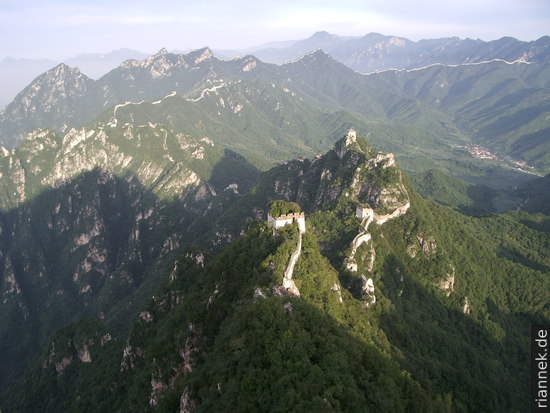