Abstract of my diploma thesis 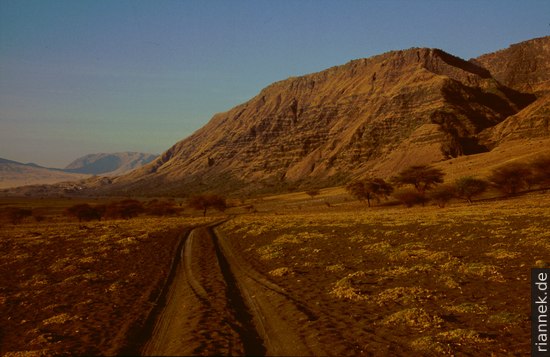 The rift escarpment in the area south of Lake Natron consists of a sequence of flood lavas about 500 m thick, which were erupted in an early phase of rift formation. From bottom to top, alkalinity tends to increase from alkali basalts to basanites (with Mg# > 41) to evolved nephelinites (Mg# < 47). The Mg# varies strongly with stratigraphic height, so that a variety of cycles with magma ascent, slight differentiation and eruption must be assumed. A volcanic center with many dykes in the southern part of the working area, repeated cinder agglomerates in the profile, palagonite tuffs and a large nephelinite dyke show that the eruption of the lavas was a local event. 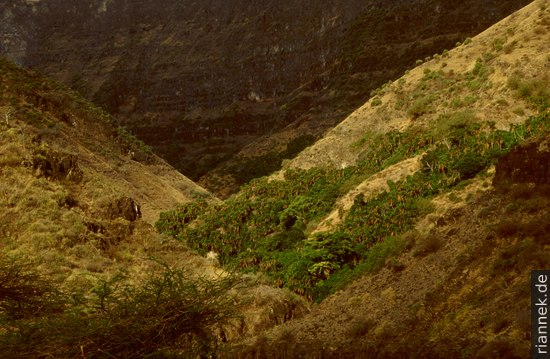 The stratigraphically deepest alkali basalts with an intergranular structure of plagioclase, pyroxene, olivine and magnetite have low contents of incompatible trace elements. The overlying basanites and basalts, with pyroxene and olivine phenocrysts, have a holocrystalline matrix of predominantly pyroxene, with plagioclase, nepheline and alkali feldspar and titanomagnetite in the interstices. Slightly developed rocks are richer in felsic minerals and sometimes have a trachytic structure. A picrobasalt, from which the basanites and basalts can be derived by fractionation of olivine, clinopyroxene and titanomagnetite, fulfils the chemical conditions of primary mantle melts.

The evolved nephelinites consist either of phenocrysts of nepheline and fluidically oriented, inversely zoned clinopyroxene, with nepheline, clinopyroxene, magnetite and some glass in the matrix; or they are vitrophyric, with nepheline up to 2 cm in size and micro phenocrysts of nepheline, sodalite, clinopyroxene and magnetite. Accessory perovskite, apatite and in one sample titanite occur. The vitrophyric, large-porphyritic nephelinite can be derived from the other nephelinites by fractionation of pyroxene, perovskite and apatite; the inverse zoning of the pyroxenes requires magma mixing. However, a nephelinite dyke has trace element ratios that differ greatly from the other nephelinites, which is why fractionation of similar yet different magmas must be assumed. Because of the fluctuating ratios of incompatible trace elements, this model can probably also be assumed for the basanites and basalts, with the degree of melting tending to decrease with time. The much higher contents of incompatible trace elements in the nephelinites rule out a fractionation from the basanites to the nephelinites.

A megacrystal olivine melilitite intercalated in the basanites with high contents of Cr, Ni and Mg is the only possible candidate of a primitive source magma of the nephelinites. It has up to 4 cm large phenocrysts of olivine and clinopyroxene in a matrix of melilite, clinopyroxene, titanomagnetite and nepheline. The melilites are developed, with high soda melilite and Fe content and yellow interference colours. The olivine and pyroxene megacrysts and possibly also the few chromite inclusions are probably xenocrysts. A differentiation from this primitive rock to the evolved nephelinites is not excluded by the available data, but the large gap between the two makes a final clarification impossible.
<hr\> Neukirchen, F., 2004. Stratigraphie und Petrologie der Lavenabfolge in der Bruchstufe zwischen Oldoinyo Lengai und Engare Sero Canyon, Tansania. Diplomarbeit (unpublished thesis). Freiburg, 141 pages.