Hike in the Mountains of Montenegro 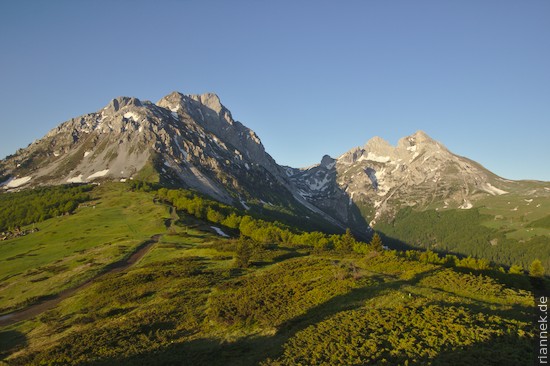 The area around the tri-border of Albania, Kosovo and Montenegro is home to some of the highest mountains in the Balkans (cf. The Formation of Mountains). A particularly beautiful massif are the Komovi in Montenegro, which are somewhat reminiscent of the Dolomites. The ideal starting point is Eko-Katun Stavna (bungalows and restaurant), which can be reached from the Tresnjevik Pass between Kolašin and Andrijevica via a narrow road. We climb the smallest and easiest of the three rocky peaks, Kom Vasojevicki, from where we have a good view of the double peak Kom Kucki. 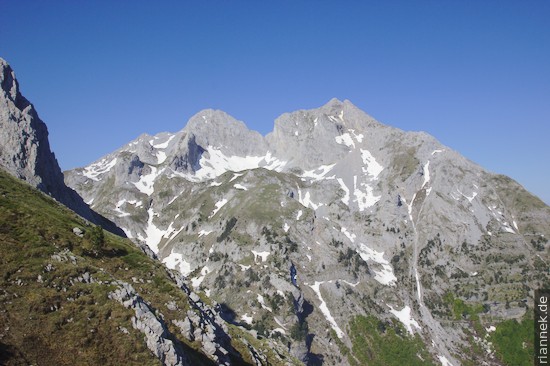 I am less enthusiastic about the circumnavigation of Komovi, a day hike that offers very beautiful views now and then, but also rather long stretches that are rather boring.