The Schluchtensteig (gorge trail) leads through the wild Wutach Gorge and on over hill and dale through typical Black Forest scenery – forests, meadows, lonely farms – via St. Blasien and Todtmoos to the lesser-known Wehraschlucht gorge near Wehr. The Wutach Gorge has long been popular with hikers. It actually makes sense to extend the hike by a few stages, yet the Schluchtensteig is a newcomer among the Black Forest long-distance hiking trails: it has only been around for 11 years. Since then, it has been awarded the status of Premium Trail and “Top Trail” and is thus considered one of the most beautiful treks in Germany. And rightly so, in my opinion.

However, I have to say that the treks in this country are in a different league than the most beautiful in Europe (not to be compared with the GR20, various treks in the Alps or Scandinavia, etc.). By Black Forest standards, narrow paths make up quite a large part, yet it often follows gravelled forest roads. Don’t expect anything too spectacular in the gorges either, these are not the Verdon Gorge or Cañón del Sumidero. In my childhood memories, I had somehow remembered the Wutach Gorge as being much deeper and rockier, now I think that elsewhere they would simply have called it a valley.

Nevertheless, the gorges and ravines are beautifully wild, with enchanted forest, gurgling streams and many small waterfalls. And the autumn colours are quite something. The hike is also interesting from a geological point of view. In the Wutach Gorge you can hike the entire stratigraphy of the Southwest German alcove lands (Schichtstufenlandschaft), from the basement through the Triassic (Buntsandstein, Muschelkalk, Keuper) to the Jurassic (Lias, Dogger, Malm).

(I only notice on the way that the “Querweg” trail Freiburg – Lake Constance also leads through the Wutach Gorge, one of the old long-distance hiking trails. I don’t believe that the entire length of the trail is frequently used. Although I lived in Freiburg for a long time, no one ever told me about it).

The trail is well marked, but there were also a handful of turn-offs where there was no sign or only one in the east-west direction.

Actually, I wanted to hike the famous Westweg after a family party, but the weather forecast predicts 10 days of continuous rain. I’d rather spend it in ravines than hiking from vantage point to vantage point without a view.

Since I had spent a night in Gersbach anyway, a few kilometres from the official end of the trek in Wehr, I first walk downhill from there and turn onto the Schluchtensteig trail near the reservoir. This leads halfway up through the Wehraschlucht (so that the road down in the valley is not very disturbing). Very beautiful and wild protected forest, but hardly any rocks or views. 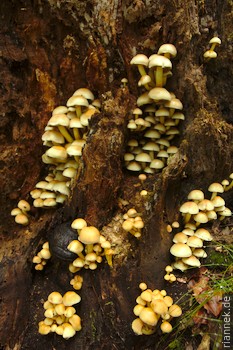 The next stage from Todtmoos begins with a mini gorge and then leads along above the pretty village of Ibach. I have strange weather here, with sun and rain alternating every minute. A rainbow stretches out in front of the clouds where the Feldberg should actually be visible. And on the other side, a gap briefly opens up between the clouds, and the Alps appear. Then rain and fog gain the upper hand and I don’t see much until Sankt Blasien. Shortly before the finish, it suddenly clears up, but it rains again in the evening. 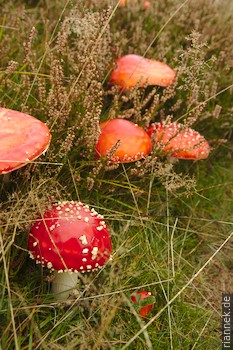 Near Ibach I also pass the Friedrich-August mine, which is geologically interesting: quite different from the other ore deposits in the Black Forest (mainly hydrothermal lead-silver-zinc veins), it is a metamorphically overprinted nickel deposit, which was formed magmatically in a gabbro, long before the Variscan orogeny.

Once again, I pass through a very pretty mini-gorge, the Windbergschlucht. I also like the tiny and isolated villages above, Althütte and Muchenland (but I don’t want to live there), otherwise I don’t really warm to this stage. That’s also due to the weather, it pours without interruption and stays so dark that at midday I wonder when dawn will finally break. And well, the Schluchsee is just a reservoir.

At the Bildstein, a vantage point above the Schluchtsee, I also see mainly dark clouds. The rock, by the way, consists (untypically for the Black Forest) of Devonian slate. It is part of the Badenweiler-Lenzkirch zone, a narrow strip of sediments that runs right through the gneisses and granites and is interpreted as a Variscan suture, i.e. two continents collided with each other here (see also my book The Formation of Mountains).

The next morning, in the rain, a herd of cows turns onto the road right in front of me at the outskirts of Lenzkirch and the farmer’s wife insists that I don’t overtake because the bull is among them. So for the time being I go at a snail’s pace… Finally the Haslach Gorge begins and it gets interesting again. The narrow passage at the Rechenfelsen is very pretty. A little later, the Haslach joins the similarly sized river Gutach, and here the Gutach (“good river”) becomes the Wutach (“furious river”). A little further on, the Rötenbach gorge branches off, where I take a detour. The middle section with its mini waterfalls is particularly pretty. The Wutach Gorge appears gorgeous for the first time at the ruin of the Räuberschlösschen, situated on a porphyry stock that is stuck in the granite. It is also worthwhile to descend to the Wutach (on the path towards Gündelwangen) for a view of the rock from below.

In the Schattenmühle and Boll area, the “gorge” is again more of a valley. However, the short detour into the narrow Lotenbachklamm gorge is very beautiful. After Boll, the best-known and rockiest part of the Wutach Gorge begins, which is cut into the Muschelkalk limestone in this segment. Here you have the only real view “into the depths”. You also pass small, but interesting waterfalls with sinter formation, distantly reminiscent of Plitvice.

The fact that at one point a part of the river seeps underground is not visible at high water, but the re-emergence a little further on is a highlight: the path here leads directly under a cliff along the river and the water flows out of fissures at several points just above the river.

The end of the Wutach Gorge is reached by the mouth of the tributary Gauchach Gorge. I make another detour, the Gauchach Gorge also has a few pretty spots. Then I walk through the wide valley to Achdorf. Here the Wutach turns south almost at a right angle, while straight ahead in a pass-like incision between Eichberg and Buchberg is the small town of Blumberg. This is a classic of geomorphology: until about 20,000 years ago, when the Wutach Gorge did not exist, there was instead a less incised valley with the so-called Feldberg-Danube, which continued to flow straight ahead here and was then the main source river of the Danube.

The sources of the Wutach were located south of Achdorf beyond a narrow watershed. Since the course of the Rhine was at a much lower elevation, the Wutach quickly incised a deep valley (Wutachflühen). At some point the Feldberg-Danube broke through the watershed and so the main tributary of the Danube became a tributary of the Rhine. Exactly how this happened is not entirely clear. “Backward erosion” used to be a magic word used by geomorphologists, but the erosion above the source is likely to have been minor. It is more likely that the Feldberg-Danube gravelled up its valley in such a way that it overflowed, causing severe erosion to set in.

Early in the morning I am sitting at the Buchberg hut with a magnificent view of the Wutach valley (down the valley the rocks of the Wutachflühen can be seen), the Alps and the Black Forest. At the Wutachflühen, the valley is steep and deep again, but the rocks with Malm limestone are hardly visible from the path, which leads through the forest a little below. The tracks of the Sauschwänzlebahn steam train with its many hairpin bends is crossed several times and twice the train actually steams past me.

From Weizen station to Stühlingen, the path is no longer so beautiful because of road noise. At the entrance to Stühlingen I cross the Swiss border and walk another 3 km to Schleitheim. From here there is an hourly bus to Schaffhausen. For the Rhine Falls I get off in Neuhausen Rheinhof, there is a nice youth hostel in the castle next to the Rhine Falls.